skip to main | skip to sidebar

The novel, Not Becoming My Mother by Ruth Reichl is a collection of short stories by the New York Times writer about her own mother, Miriam. Like most of us, Ruth decided who her mother was early in life. However, Ruth finds the box containing letters and scraps of Miriam's diaries and notes. She tells the story of a woman who, born in 1908, was defined by her times. She had dreams of being a doctor as her father was, but Miriam studied the music lessons that her own mother had yearned for herself, and she married and had children to please her parents. Miriam struggled with "idle aptitudes" and what in retrospect is clearly manic depression.

It is not till the penultimate Chapter, "Grateful," when she reaches widowhood in her late 70s, that Miriam's true self is freed. Like so many women with empty nests, she plunges into depression. But like so many women of her generation, she is also a late bloomer. At 80 years old, she surrounds herself with purposeful work, interesting people, and joy.

Read this chapter, and realize there are perfectly acceptable unconventional life choices. And other seasons to bloom.
Posted by Beltway Progressive at 8:39 PM No comments:

New tag: humor for those ready for it

Emphasis on kids going Back to School got you feeling blue?

Posted by Beltway Progressive at 4:35 PM No comments:

Our D.C. Adoption Story - The Marson family struggles pay off 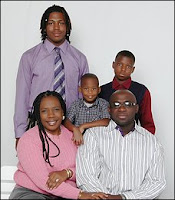 This foster and adoptive mom says it as well as anyone could.
Before adoption, and thankfully afterward, her efforts worked out. But she had her one dank period right after adoption papers were filed.

The children's behavior did an about-face. Now, not only did they have the usual anxieties and fears, but they went into outright rebellion. They pushed us away, perhaps as a way of giving up on us before we could give up on them, the way others had done. Suddenly, nothing we did was enough. There were problems at school, and false allegations were made to the foster care agency, leading to additional supervision and monitoring of the placement. The adoption process ground to a halt.

Read it yourself here.
Posted by Beltway Progressive at 12:00 PM No comments:

Eunice Kennedy Shriver and Loving the Family You've Got

Eunice Kennedy Shriver left a mark for special families all around the world.

Her famous family is blessed and plagued, committed to public service and battled by demons. Her siblings included Rose Marie Kennedy, born two years before her, who she never met. “Rosemarie” or “Rosie” had been institutionalized and because of the limited medical information and the social stigma at the time, she had been lobotomized. As of today, two children of Joe Kennedy, Sr and Rose survive, Senator Edward “Ted” Kennedy and Ambassador Jean Kennedy Smith. Three of her eight siblings had no children

But the reason why her life is important to this subject is because she turned her energy toward other families struggling with the reality of family life: that dreams of children and family don't always come true, at least not the way they do in fairy tales. Couples don't always get the children they imagine they will get, if they get any children at all. Eunice Shriver worked to support families with disabled children, leaving a great legacy of the Special Olympics. Her contribution to their lives is immeasurable. Their lives are challenging in ways most of us can only imagine. The cool cat musician parent may struggle with the athlete child, the PhD parent may struggle with the one who excels at physical and technical labor. The party mother has a straitlaced child, or the other way ‘round. The medical doctor’s child grows up to fall into an abyss of drugs and substance abuse.

Or the career driven woman, whose body never failed her before, falls for a family man. She surprises herself with dreams of having his children. Instead she finds herself grieving for the perfect imaginary children who will never exist. Their names are Eileen Elizabeth and Sean Michael.

It’s awkward to grieve for the child you never had, no matter what the situation. If there is a miscarriage, there’s no ritual outlet, like a funeral. Offerings are stilted and unsure. If it’s never existed except as an idea, there is even less to say. People try to fill in, impromptu, which can make matters worse.

One answer is to create your own ritual to grieve your loss. Include traditional symbols if you need to: an identified, sacred space, flowers, an item you were hoping to pass on to the next generation, whatever else you need. A spiritual, although pagan, link with steps to take is here. In addition, many people throw energy into helping others, whether it is other couples through Resolve, or children through foster care, or Special Olympics. There are many ways to give.

As for Mrs. Shriver, the Houston Chronicle says this: even with the family’s service in international affairs, health care, and other important issues of the day:

In 1993, U.S. News & World Report paid Shriver what is perhaps the highest compliment. Assessing her work with the Special Olympics, the newsmagazine concluded that her efforts on behalf of the mentally disabled could well be the most enduring legacy of her generation of the Kennedy family.

Posted by Beltway Progressive at 9:41 AM 3 comments:

Are you there, God?

I opened my first post two months ago, then froze. Today I start again, with words of wisdom from Judy Blume, the author of "Are You There God, It's Me, Margaret."

If you start thinking about your legacy when you are writing, it’s not going to work. You can’t start thinking about lasting impact or what a critic would say. I write because I can’t not write. I can’t help it. It has to come out. I never dreamed it would turn out to be what it’s been. It’s something I never even fantasized about—and I fantasized about a lot of things!

This is not about a legacy, unless that legacy is helping a few people over a hump. Or a Dank.

I was just a person who had just finished paying off my student loans, just scraped enough more loans and savings to put a down payment on a house with a little back yard, (thanks Mom and Dad) and emptied the medicine cabinet to get ready for the next phase in an ordinary life. When nothing happened after 6 or 9 months, I made an appointment with a new doctor to find out what was up. Parts were probed. Exams were conducted. Blood was drawn. The next step was the follow up appointment which happened to be scheduled on my 30th birthday. I had wanted to be off that day, anyway.

On the drive to the doctor's office, I imagined I was steeling myself for bad news. More delays? I could handle it. Worse? Sure, I thought. Better me than someone who has no back-up plans.

Silly me. The doctor' announced matter-of-factly that the blood results revealed I had gone through an early menopause years ago. He pointed proudly to a photo of a toddler in the costume of a third-world country. "See?" He said proudly. "This is my daughter. You can do it, too." I assumed she was adopted by his family, but if he told me that, I didn't hear. I don't remember anything else he might have said.

I don't remember if I broke down it the car on the drive home. I bet no one does. For what must have been the next year, I broke down whenever I was alone, with cries that must have sounded like a wounded animal. Not even my husband, who worked at night while I worked during the day, knew how often I lost it. Eventually, I would plunge into follow up treatment, evaluation, adoption and acceptance. But for now, I entered The Dark Phase.

Posted by Beltway Progressive at 12:09 PM No comments:

Dink Dank Dunk - Our journey from childless to childfree, with a dank, dark, depressing dip along the way.

Initially I wasn't sure I'd have anything worthwhile to share on a blog. Looking back, though, there is not only my own experience at work in the infertility field, mixed with the charitable work I added to help share what I learned at work. There is my own diagnosis when it was finally made, and my firsthand experience with treatment, to acceptance.

I grew up with an unexplained but seemingly inconsequential medical issue that doctors initially said was nothing much. I graduated and got a job that included inspecting and regulating sperm banks. When I received a proper diagnosis myself, I entered the world of infertility as a full-fledged participant.

We endured the merry-go-round of treatment. It included years of poking and prodding, shots and sonograms, crying and cursing along the circuitous route through it all. We attended meetings of Resolve. Then when treatments failed, we attended classes on adoption, and then foster care. Now we have arrived, approaching our 50th year, with satisfaction and acceptance of our lives. Maybe that is worth capturing in writing.

This blog is a look back to what we went through, and a look forward to anticipate the future.

Are you childless or child free?